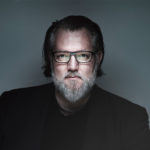 Christina Warrens of Mashable covered our iTunes Concert Ticket + report last week and added that „Delta Airlines, which is headquartered in my hometown, supports digital boarding passes at some of its bigger airports. I love this because it is one less thing to print out and one fewer line to stand in for a boarding pass.“ Well, Apple appears to agree with that thinking because they’re working on a new travel check-in application that they’re simply calling „iTravel.“ Apple is obviously working with the Airlines to ensure that the iPhone will be up to standard when new ticketless systems roll out in the coming years. Apple’s iTravel focuses on such matters as airline check-in and baggage identification, advanced electronic ID, car rentals, hotel and airline reservations and so forth. Apple’s iTravel is yet another Near Field Communications based application within a host of recent revelations. It would appear, at least on the surface – that Apple may be working on a new suite of NFC related applications for a future iPhone. Perhaps such a suite could be ready by the time they roll out their iPhone 4G next year.

Patent Background
Transportation ticketing has traditionally involved a pre-printed ticket which is scanned at a departure station. For example, transportation tickets may be printed at home with a barcode or a QR code (i.e., a 3-dimensional barcode) encoded with information about the traveler and/or the travel (e.g., name, destination, departure time, schedule number, etc.). In addition, this information may be included in plain language on the printed ticket. A traveler may be required to present this pre-printed ticket to gain admission to the transportation depot (e.g., airport, train station, but station, etc.), to pass through a security check-point, and/or to board the vehicle for transportation.
For example, in order to board an airplane at an airport, a traveler may be asked to present his pre-printed ticket in order to check in to his flight, to pass through the Transportation Security Administration (TSA) checkpoint, and to enter the gangway to board the airplane. The traveler may also be required to present photo identification at some or all of these locations. The ticket and/or identification may also be required to retrieve luggage from a baggage claim station at the traveler’s destination. In addition to carrying the ticket and identification, the traveler may be carrying luggage and/or carry-on bags to the ticket counter; bags, a laptop, and shoes through the TSA checkpoint. This could result in having to juggle multiple items while presenting a paper ticket and/or identification. This is often inconvenient and may lead to forgotten items, lost tickets and/or identification and other hassles.
Furthermore, printing out paper tickets consumes natural resources and costs money every time a ticket is printed. Indeed, many airlines charge a traveler considerable fees to receive an airline-printed ticket. Accordingly, a traveler is generally expected to have a pre-printed ticket in his hands upon arrival at the transportation depot.
Apple’s patent addresses these issues. The patent generally relates to transportation check-in and, more particularly, to employing near field communication for identification and ticketing by transportation providers.
Apple’s iTravel Application for Handhelds & Computers
Apple’s iPhone as depicted in patent FIG. 2 below may include the Near Field Communications (NFC) interface (#34). Because the NFC interface may permit communication at a very short range, the location of the NFC interface in the iPhone may be indicated on the exterior of the enclosure (#42), as illustrated in patent FIG. 2. The NFC interface may enable the iPhone to communicate with RFID tags and/or other NFC-enabled electronic devices. For example, the NFC interface may enable transmission of electronic travel documents to transportation and/or security personnel, as described further below. The upgraded iPhone camera (#36) may be used to obtain digital images of travel documents. The iPhone may thereafter employ optical character recognition (OCR) software, barcode reading software, and/or QR code reading software to extract ticket information from the image.
The NFC interface may permit near field communication between the iMac (#62) and other NFC enabled electronic devices 10, such as Apple’s iPhone. Additionally, the NFC interface may also enable the iMac to receive electronic ticket data from an RFID tag located on a ticket.
The iMac’s user interface (#20) may include a variety of icons in the dock, such as the travel management application icon 44. When the travel management application icon is selected, another version of the travel management application optimized for the iMac may open. The travel management application may enable a user to obtain, store, or use travel documents.
The iMac’s camera (#36) may obtain, among other things, a digital image of a transportation ticket and/or identification. With the digital image, the iMac and/or iPhone may employ optical character recognition (OCR) software, barcode-reading software, or QR-code-reading software to extract ticket information from the image.
Apple’s iTicket for Buying a Travel Ticket or Checking in Baggage
Turning to Apple’s patent FIG. 4 below we see a perspective view of a ticketing and baggage check counter (#78) having an NFC-enabled counter kiosk (#80). The NFC-enabled counter kiosk may communicate with the iPhone to purchase a transportation ticket and/or to check in for travel. The user may also use an electronic travel ticket and/or electronic identification at the counter kiosk to check in for travel, including checking in luggage. The electronic travel ticket may include a unique identifier, such as a digital code, which may be utilized to look up and/or alter information regarding a traveler’s reservation in a networked database. Apple’s patent FIG. 5 illustrates an NFC-enabled unmanned kiosk 100 which may be configured to enable a user with an iPhone to obtain an electronic travel reservation or to check in using an existing electronic travel reservation. The unmanned kiosk may function largely in the same manner as the counter kiosk 80 of FIG. 4, but may operate without a human agent.
Security Checkpoint In Apple’s patent FIG. 6 noted above we see an example of a security checkpoint (#120) which may include a line entrance kiosk (#122) that may include the NFC interface. A traveler may approach the line entrance kiosk and move their iPhone to within the range of the NFC interface. The kiosk may then receive traveler identification information from the iPhone such as the traveler’s name, picture, and description etc. After passing through the security checkpoint, the traveler may be required to present the travel reservation information and/or identification at a boarding gate 140, illustrated in patent FIG. 7, before boarding a transportation vehicle 142 (e.g., plane, train, bus, cruise ship, etc.). For example, a boarding kiosk (#144) may be placed next to an entrance to the transportation vehicle to enable one last check of the traveler’s documents before boarding. The traveler moves their iPod within range of the NFC interface of the kiosk to verify that the traveler is getting on the right flight.
Apple’s iTravel App: Exemplary Screenshots
Upon selection of the travel management application icon 44 on an iPhone (see FIG. 2 above) – listed as iTravel – the travel management application is launched and you’ll see the iTravel home screen. The home screen (#220) may include a number of user selectable buttons as indicated below, such as „Make Reservation“ (e.g., purchase a ticket, reserve a hotel room, book a rental car, etc.), „Retrieve Reservation“ and so forth. The check-in/baggage claim screen (#236) that is illustrated in Apple’s patent FIG. 10 above provides a list of recent and future user-selectable reservations (#238) stored in the travel management application iTravel. The user may be prompted to select a reservation by touching the details of that reservation. If the traveler has more reservations than will reasonably fit on the screen, multiple pages of the screen may be employed. A page indicator (#240) may indicate which page the traveler is on and how many other pages of reservations are available. An exemplary „Search for Flight“ screen noted in patent FIG. 14 is designed for a flight search; however, it should be understood that similar search screens may be presented for each type of travel reservation offered through the travel management application. On the search screen (#276), text entry boxes (#278 and #280) may enable the user to enter departure and destination cities/airports, respectively. One More Thing: You have to love Apple’s sense of humor with the addition of „Apple Airlines“ integrated into patent FIG. 31. Well … I think it’s a joke – Ha! But who knows with Apple.

Notice: Patently Apple presents only a brief summary of patents with associated graphic(s) for journalistic news purposes as each such patent application is revealed by the U.S. Patent & Trade Office. Readers are cautioned that the full text of any patent application should be read in its entirety for further details. For additional information on any patent reviewed here today, simply feed the individual patent number(s) noted in this report into this search engine. About Comments: Patently Apple reserves the right to post, dismiss or edit comments.